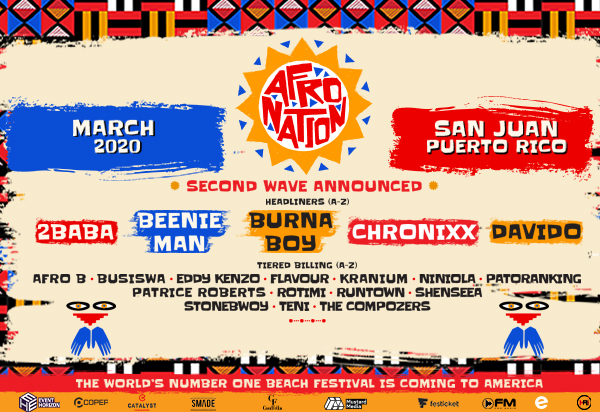 The world's #1 beach festival is coming to Puerto Rico!
The USA edition of Afro Nation is taking place on the incredible Balneario de Carolina in San Juan, Puerto Rico from 18th - 21st March 2020.

VIP tickets include general admission access plus fast track entry and access to the festival VIP area which includes a dedicated area and private bar. *Drinks and tables are not included in the ticket price.

With the USA’s only tropical rainforest and an average daily temperature of 82 degrees Fahrenheit, it’s clear why we’ve chosen this amazing location as the site for the first ever Afro Nation Puerto Rico.

Puerto Rico is home to some of the best beaches in the Caribbean, the incredible Balneario de Carolina being one of them. This award-winning Blue Flag beach is just minutes away from San Juan Luis Muñoz Marín International Airport and is the perfect place for our festival.

See you in March!